Translations of this page?:
Trace: • rmds 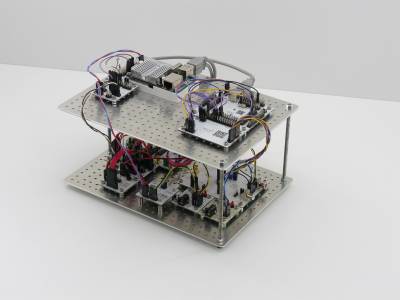 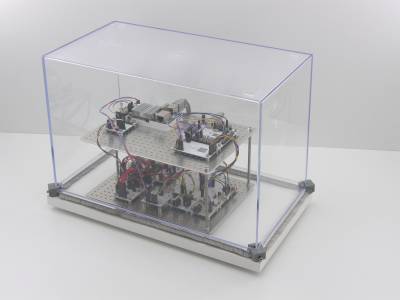 In order to systematically monitor meteors a system of detection stations is under development. There are several versions of stations currently in operation. Higher version are usually constructed by adding new modules, an observer can therefore start observations with a basic version of station and gradually upgrade it until the most current one.

Hardware configuration of the station

Most hardware parts are part of the Modulární elektronické stavebnice MLAB project. Current hardware version of station is RMDS02D with an built-in ARM computer.

It is recommended to use high quality 50 Ohm coaxial cable with good shielding that would prevent the interference (for example caused by PC) to enter the cable other way than through antenna. The most commonly used cables are RG58, like RG-58U/96FA. Cables of better quality are available as well, for example RG-58-EKH-155 or LMR 195.

Coaxial cable should be as short as possible in order to prevent unnecessary signal loss in the antenna lead.

In order to digitise a low-frequency signal from receiver a computer sound card with stereo input can be used. Important parameter of the sound card is a good signal to noise ration (S/N at least 80dB). That is why the stations use a special solution - sdr-widget

Software configuration of the detection station

Software configuration of station is divided into two steps: firstly, tuning the receiver to GRAVES radar transmission frequency and secondly, setting the meteor detection in the receiving band.

Local oscillator of the receiver

MLAB module CLKGEN01B is the most frequently used local oscillator and is natively controlled via I²C bus. However, it it possible to connect other interfaces using different modules.

New versions of detection station RMDS02 have an automatic solution to this problem thanks to an integration of exact frequency generator.

Meteors are detected in spectrum by comparing the signal intensity. This means, that in certain range of frequencies the level of background noise is measured and compared with the intensity of region, where the meteor signal is expected. If the intensity of this region is found to be approximately 7dB higher compared to background noise, a meteor is detected and a mark is registered in the spectrogram, containing information about the basic parameters of the meteor.

SpecrumLab, a software previously used for meteor detection, was in case of new stations replaced by radio-observer.

In order to visualise the detections and acquired data, we use either pySDR or Freya software, both generating sound and live waterfall spectrogram.

For the measured data to gain a scientific significance, it is important to provide them to other observers and scientists. There exist several international databases, where the data can be uploaded.

http://www.imo.net/ An organisation, for historical reasons primarily focused on visual meteor observations, but taking interest in radio data as well, especially those of important events.

RMOB.org is probably the world biggest network dedicated to radio meteor observation. After uploading the data from station to central repository, it automatically generates the data outputs for RMOB using rmob-export software. In order to allow the data to be used in RMOB, all that is required is to add a filled configuration file rmob.cfg to data.

Astrozor is a webpage gathering data mainly about the astronomical observation sites. It is recommended to register every detection station here, so other users have knowledge about its existence. Other activities of the webpage include a possibility to publish data of an important astronomical event or to organise events and activities.