Translations of this page?:
Trace: • qha 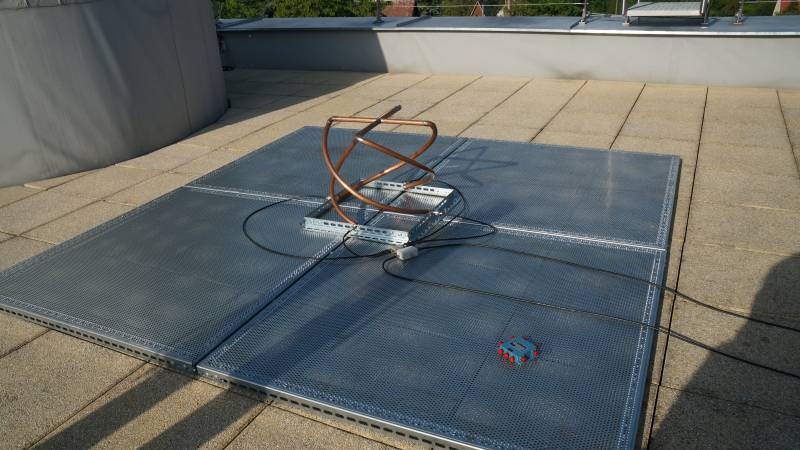 Antenna construction is supposed to tackle a following network limitations:

NEC model was used to calculate the radiation characteristics and impedance adjustment of antenna for a given band. 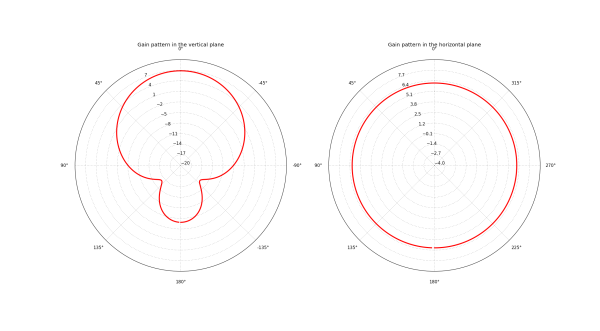 The carrier frequency of GRAVEsu is highlighted in the graph by a red vertical line. 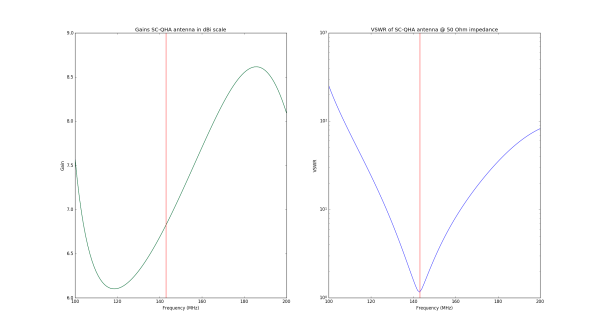 Structural parts of the antenna are primarily made of galvanised steel components. Those parts, which are under a higher current load are made of copper tubes.

Phasing lines (?? fázovací vedení) of the antenna is made of coaxial cable RG58U. Quaterwave length, in this case, is 295 mm.

Antenna helix is made of copper tubes with outer diameter of 18 mm. The tubes are made of ‘soft’ copper, used in air-conditioning units installations. They are available in reel that makes it much easier to construct the antenna. 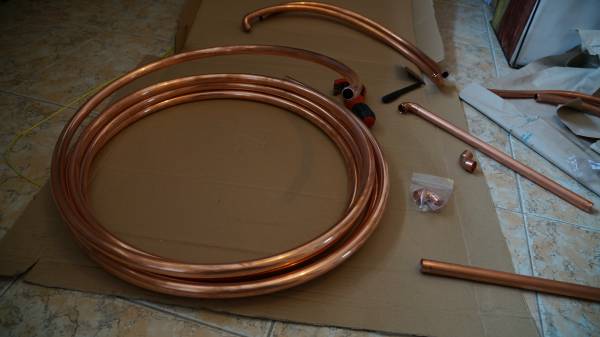 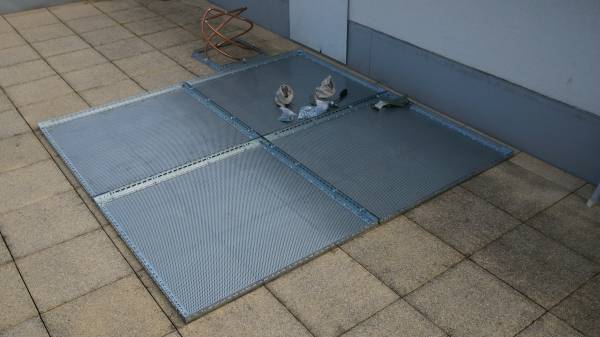 The antenna is made of four pieces of base squares that serve as a universal ground potential. These squares are screwed together at each side by a four M8 screws. There is a fan washer (?? vějířová podložka) at both sides of the screw. A reason for this is a better conductivity of connection and, at the same time, better prevention against a spontaneous loosening during manipulation with antenna. 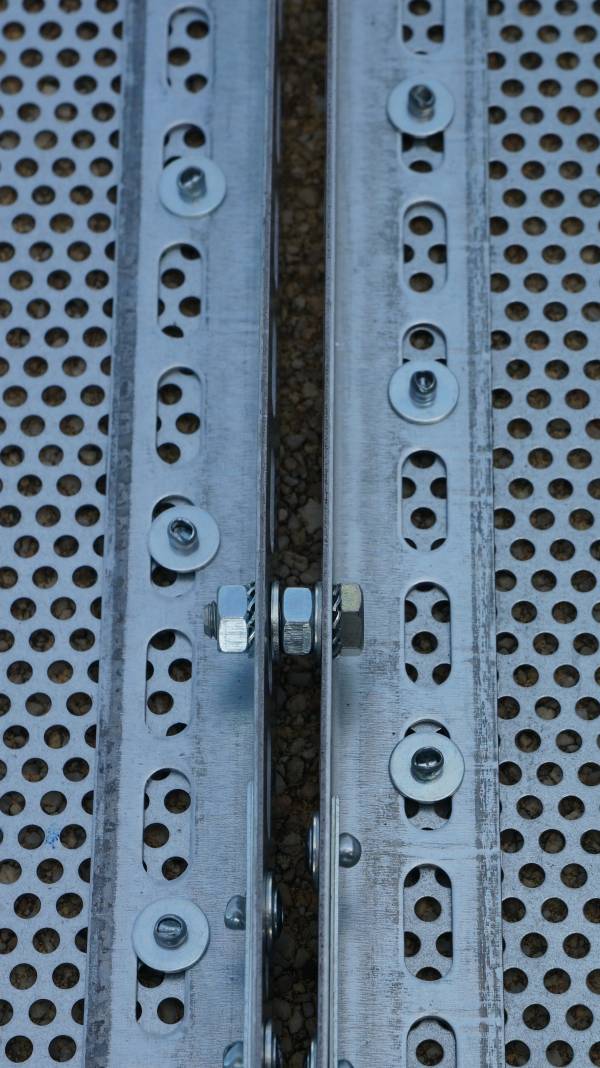 Zkratovací kříž (??) at the top of the helix is soldered from 3 pieces of tubes made of ‘hard’ copper. It is probably the most challenging part of the antenna to construct - unfortunately, a copper fitting (?? měděná tvarovka) in the shape of a cross is not available.

The cross is thus made of one longer tube with two shorter ones soldered perpendicularly to it. The shorter tubes have their walls pierced, so they fit precisely to the longer tube. It is also necessary to keep the sum of the lengths of the tubes such, that both arms of the cross measure 370 mm. 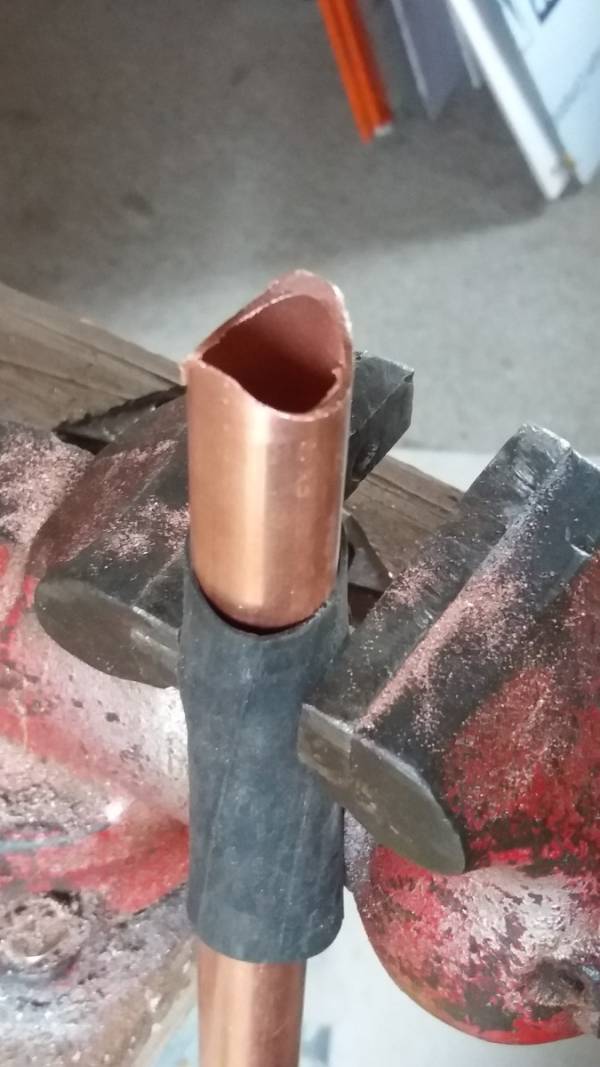 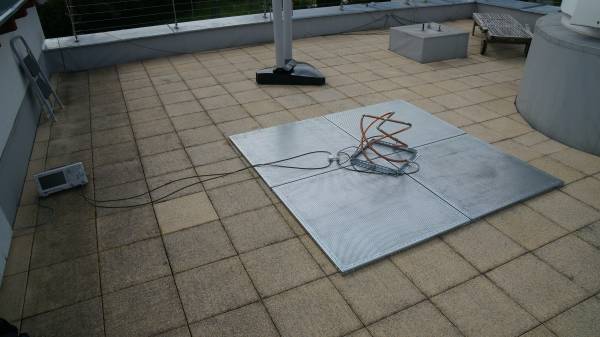 The antenna is sensitive to the way of connecting the phasing lines. Two basic possibilities can be seen on the following pictures. They differ in the direction of the rotation of the antenna feeds phase (?? liší směrem otáčení fáze přívodů antény). 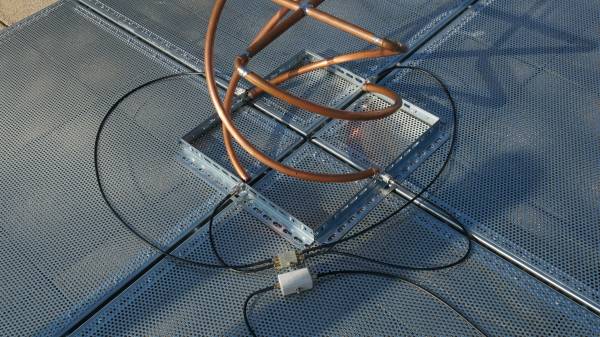 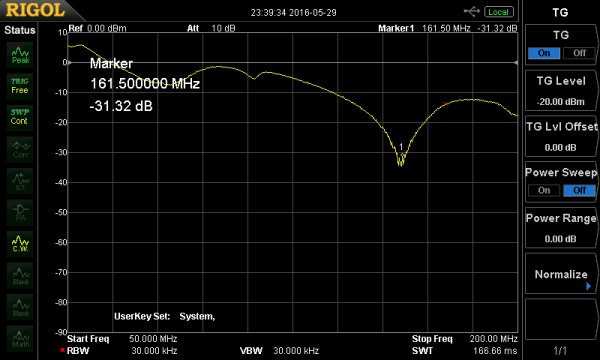 As you can see on the graph, the resonance of the antenna is approximately 160 MHz, which is a bit higher compared to model. The exact cause of this phenomenon is not yet know. It might be caused by a change of velocity factor (?? činitel zkracení) due to temperature changes in coaxial cable under direct sunshine. 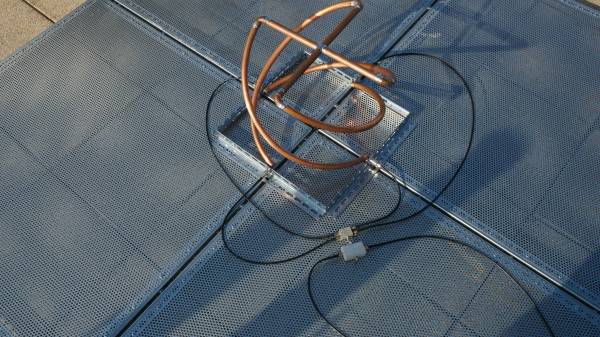 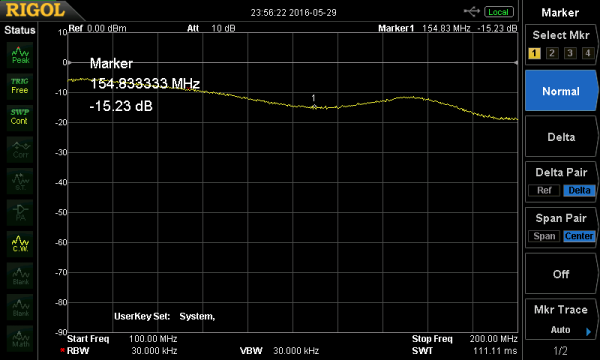 When connecting the phase lines conversely, there is no considerable resonance observable, which would drain the supplied energy.