A typical radio bolide looks like the one on the following photo: 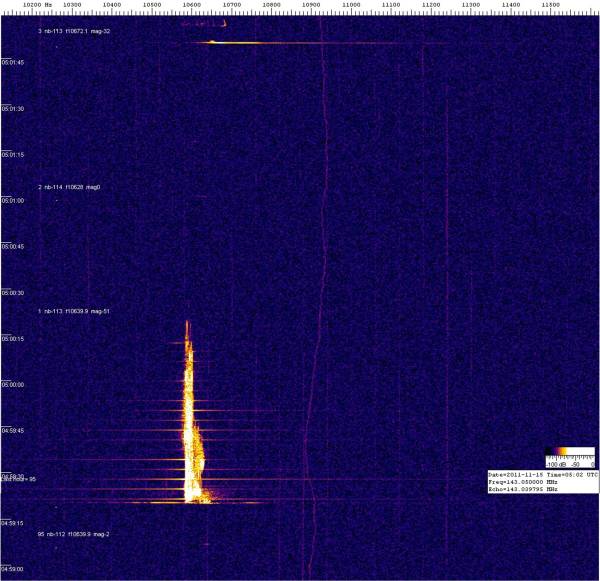 The record was created by SpectrumLab software, which is not used in the network anymore. 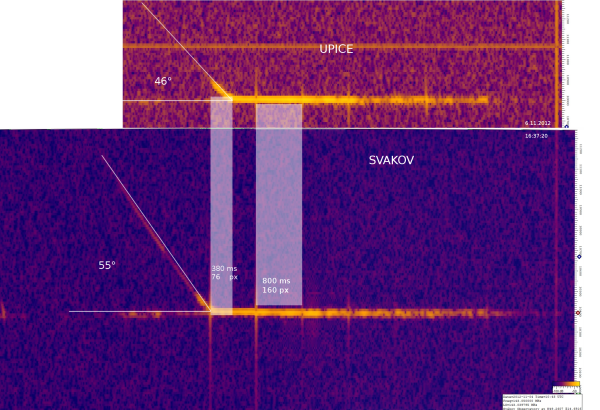 Very long bolide from 31th march 2014 Names of detection stations are marked in the image. 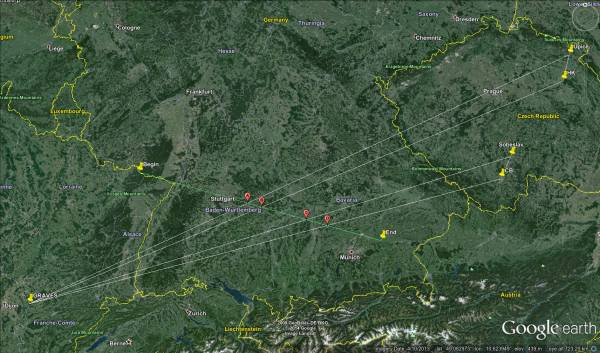 For every section between points of closest approach A, B, C, D average speeds were calculated from radio data.

Re-entry of progress airspace ship from 13.2.2013. The event was observed at stations OBSUPICE, uFlu, ČB 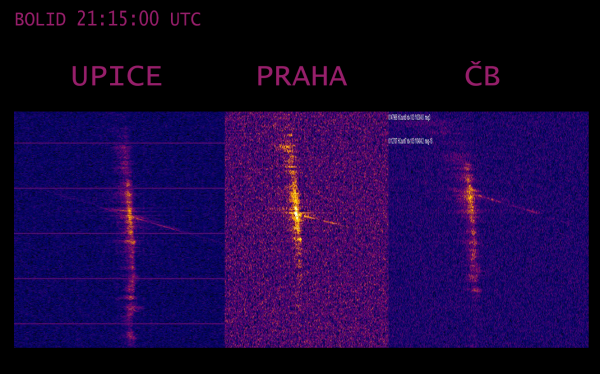 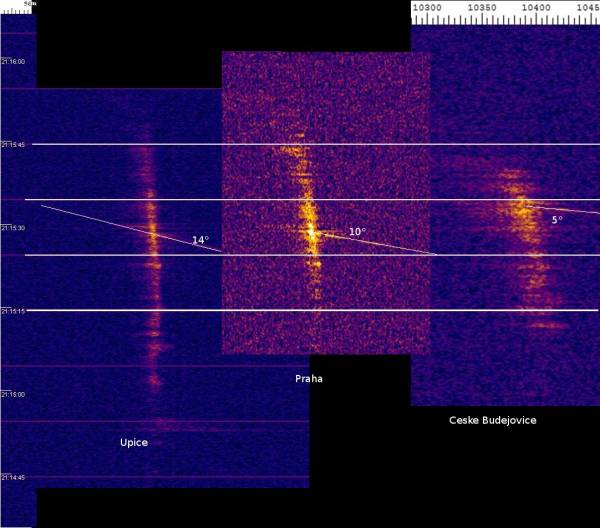 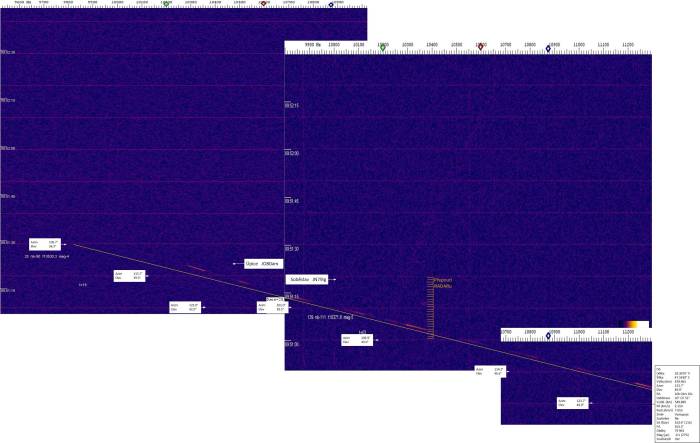