Trace: • stations
Translations of this page?:

List of observatories and stations related to Bolidozor network 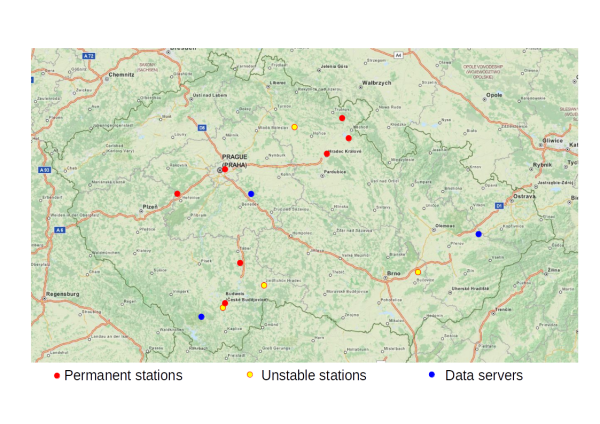 The KML file contains the list of all the current stations. It is available online at http://rtbolidozor.astro.cz/stations.kml.

The file can be imported into a variety of map software - e.g. GoogleEarth. It is recommended to add the file as as ’network link’ (?? síťový zdroj) because than the map will always be up-to-date.

Import into GoogleEarth software can be done by opening a context menu (located in the left column) of “My places”. Next, open “Add » Network connection” (??). A new window will open - change a name (e.g. “Bolidozor”) and to Connection item, add the following address ''http://rtbolidozor.astro.cz/stations.kml'’. Confirm by pressing add. After a while, stations should appear on the map 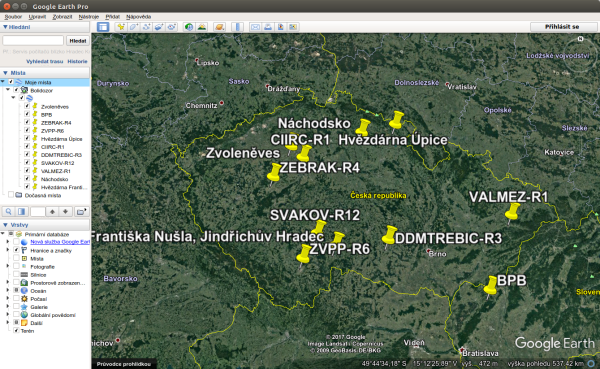 The detection station is situated directly in the main building of Upice Observatory.

The measuring station is situated at terrace of the Svákov observatory. The station is the main testing and development center of Bolidozor network. Therefore, there are other, paralelly running testing stations present at this observatory, but their data is not uploaded to the data server.

The station owns a borrowed upgrade from RMDS01A version to RMDS02C version. Behringer sound card was left from the first RMDS01A station. 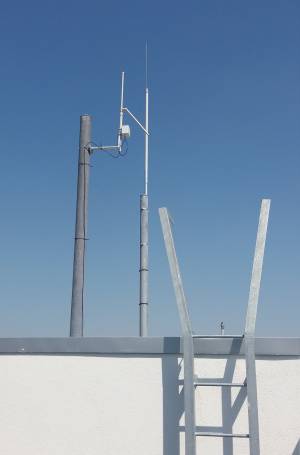 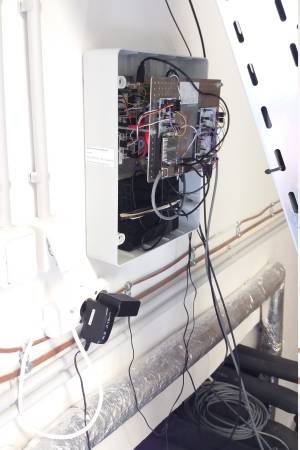 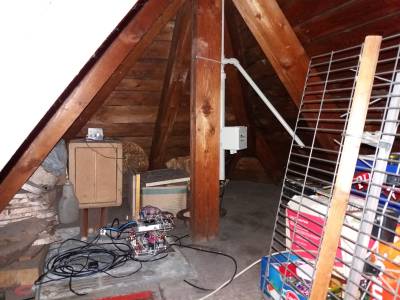 The stations is fully lent by Universal Scientific Technologies s.r.o. company. Apart from station, a visualisation computer is also lent.

The station runs a borrowed components for upgrade from RMDS01B to RMDS02C:

These station were established only for temporary measurements and are not in operation for now.